Describe your sound in 3 words

Tell us a few things about your new song “2020 Flow”. What is the main idea behind it?

DKEL: From my part, it was pretty much the frustration I had/have during lockdown, personally I’m struggling to be as creative and I guess you have a lot of time at the moment to over-think, and it’s that idea of questioning so much that you don’t have the chance too when your in the ‘rat-race’ also I just wanted to vent and take it back to the basic, straight bars.

You have been involved in the #SaveOurVenues campaign. How important are the small venues to the UK music scene?

DKEL: For band like ours, without small venues, we are pretty non existent. We really depend on grass roots venues to grow as a band, they are the foundation of band music in the U.K.

Can you share something funny that happened during one of your gigs? And what would be your dream performance venue?

DKEL: Ha, that’s an easy one, it was our first gig and I will let Ryan tell the rest…
Dream venue? I would of said KOKO but that’s no longer so I’d go with The Roundhouse

Ryan (Guitarist/Producer): It was our first gig and right as I hit the first note of my ‘big’ solo my guitar strap came flying off. Needless to say the guitar then swan-dived into the stage floor. I died inside, but everyone in the band laughed their ass off as I had to pick up my guitar and try to play on. (They still take the piss out of me for it 3 years later)

Is London the world’s music capital? If yes why and if no then which city is..

DKEL: For me it is London, there’s so much history of subcultures that brought amazing music, not to mention all the great artists to come from this city but even artists who made a name for themselves in this city.

Favorite hip hop album of the past year?

Prayer hands together, fingers crossed, eyes closed, GIGS! Well that would be our ideal future plan, but we got some great singles we are preparing, we just hope we can release them in the way we want, with some great visual concepts and fingers crossed we can make up for last years lost gigs and festivals

Describe your sound in three words?

Your music has an experimental touch. Do you feel listeners are tired of generic trap beats?

Tired? That’s debatable. My belief in producing music has always been created with a timeless approach. Trap music has a scene that is still going. It might not necessarily be at the forefront but it’s audience still supports it’s sound and movement so I wouldn’t bet against its musical status just yet. It’s the same principle with grime, jungle, hip hop etc. Those genres and more are still consistent with their production and the main reason for their progress is the general public such as a particular scene’s core fanbase. Sticking with their artist through think and thin will help continue a legacy for any particular type of music and will motivate any sound to move forward.

For which lyric you are most proud of?

“It’s WE but if we flip our W’s, it will just be Me” it’s the reading between the lines (no pun lol) that really connects with me. Especially the difficult circumstances we all are facing right now, this lyric really affects me every time I read it back to myself.

That is a very tough 1 I can’t lie. If we’re talking about UK HIPHOP then it’s a battle between “the sagas of klashnekoff” by klashnekoff or “original pirate material” by the streets. Both iconic albums that will always stand the test of time and they both played a major part of shaping me into the artist I am today. I couldn’t imagine an industry without these albums. They spoke their truths with so much passion, conviction and fearless approach which demonstrated to me that this format is a procedure to creating a classic. Never afraid to be who you, plain and simple

What would be your dream performance venue?

That’s a very difficult one because technically I haven’t been around the world yet to discover new venues that make me daydream of one day performing my art in front of a supporting audience. If we’re inquiring about the uk venues then it’s a battle between O2 arena and Brixton academy. O2 surround sound, stage lighting and space is phenomenal. I’ve watched many great bands that have utilise all the facilities in the venue e.g Gorillaz headline show was one of a kind, blew me away. Brixton Academy I have a soft spot for because it’s near my mothers home which means it’s the foundation. Performing in Brixton would resurrect my child hood dream of headlining in an area where I’ve invested and developed my artistry so much. Without Brixton or clapham, I wouldn’t be the artist your witnessing today.

What was the best film you have watched during the quarantine?

I honestly have to express how good “tenet” is. Such an epic and trend setting movie but why would I be surprised? when this movie is directed by my favourite director in film, Christoper Nolan. His passion and artistry in making every film iconic and bravery to always leave people wanting more. Whether it’s the story line or the actors he hires to create his picture, he’s second to none.

D.I.Y the LP is the project I’ll be focusing on but for the foreseeable future, definitely 2 more albums, merchandise store then focusing on working with new up and coming artist who remind me of pure artistry, period.

North West LDN rapper and creative Casscade returns with his new single ‘Crazy Scenes’, this time teaming up with the hotly tipped artist/producer Raj Forever. Out 23rd October, ‘Crazy Scenes’ was produced by the prolific American producer Saint Cardona (whose credits include; Young M.A, Octavian, Fivio Foreign and Mariah Angelica). With its accessible drill-flavoured beat, mixed with Casscade’s playful bars and melodic approach, there is something genuinely fresh about the track, as Raj Forever punctuates things with a memorable chorus hook, nailing down its radio friendly vibe and positive message.

Lyrically, Casscade takes the commonly used phrase ‘Crazy Scenes’ as inspiration to build the track around an aspirational message. Looking back at the harsh environments both artists grew up in, to where they are now Casscade explains: “The ‘I still hear the screams part’ in Raj’s hook just signifies that although we may not particularly be in bad situations anymore, they’ve left their scars. Nobody is perfect and I think it’s always good to remember where you came from.”

I started listening to Grime when I was at school, mainly Ghetts and Devlin… when they would go back to back on a track or a set I would literally lose my mind.

I believe that there will always be an underground scene. When certain artists who have been grinding for years on end finally begin to get recognition, it inspires the younger generation to start their own musical journey, and they then take their idols place in the ‘underground’.

Personally, I can’t really put my finger on a main difference, but I have always preferred UK rap in general, I’m not quite sure why… maybe because I can relate to the artists more as I’m from the same country as them? Who knows. Both have produced many exceptional artists over the years though.

My favourite Hip-Hop album ever has got to be 2001 by Dre.

The best film I have watched since the lockdowns began is a heartwarming, true story called Green Book.

My next single is due to be released soon, I’ll be posting all the details on my social media pages @readeyofficial when the time is right, aside from that I have no idea what else is in store as of yet! I will more than likely put some kind of project together within the next few months, possibly a UK Garage one this time as most of my supporters have expressed how much they like it when I harness this genre. It also feels like a very natural process in the writing stage as a lot of the instrumentals tend to resonate with me as a person.

Describe your sound in three words

What is the main topic of your lyrics? Tell us a few things about your creative process.

I often find myself talking about things every other teen idolises.. Money & Women. It often starts with me saying a catchy one liner, an example of this is in the intro ‘Monie’ where in my first line I say “Nickname Monie, they all wanna get to know me”

You blend grime with lofi and chill beats. How many beats do you listen to before you end up using one?

I listen to multiple genres, I even find myself writing to drill beats & I’ve actually used the lyrics.

Why is it still difficult for UK rappers to break through to America?

I feel like there isn’t a strong enough link in between the both & when there is it’s more mainstream based. We need more underground collaborations, then it would help to open different opportunities.

What was the best film you have watched during the quarantine? 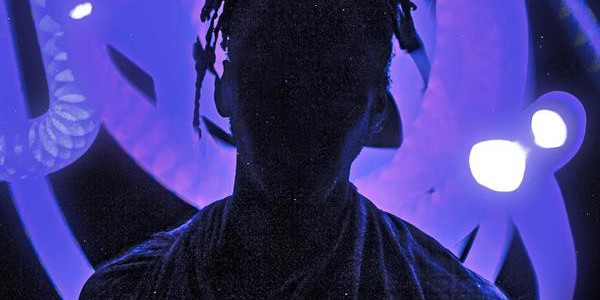 I’m NeONE The Wonderer from a magic land known as Wolverhampton! I’m a rapper, producer and videographer,  I’ve always loved being creative and experimental and so my friends saw me as the mad scientist of music and art. I love Mythology and the supernatural and blend that into my work.

Release and E.P called Dream safely and Create a web series called ‘Broke Boys’  which will only feature music from independent artists, It’s hard to get a platform out there so I’m making one

My name is Hayreezy, I’m from Walthamstow, east london – I specialise in the rap, hip-hop, uk alternative sound and call my music style ‘Woke & Wavey’ mixing meaningful lyricism with bouncy wavey musical production that is still a whole vibe.

Kanye West way back in 2006, he performed at the O2 I believe, the stage was moving, it had everything, acting drama real emotion and he was my favourite artist at the same! Super inspiring. I would also add I saw Ghetts live at the Endz festival in Croydon last year and that also as amazing, I have never seen a performer like him before, his energy is unmatched.

A2 – Super dope and underrated artist, should have more success than what i think he is currently sitting on.

I plan to release a few more singles before dropping my 2nd project, I was working a lot during lockdown (even taught myself how to produce) and I feel very confident with my next phase of content I have to release! I’m aiming to have 3 music videos to drop before the end of the year also! I have to stay consistent and keep giving the people what they want!